Make sure you get enough Vitamin D, easily nourished from sunlight. We can reduce the risk of cancer by spending adequate amount of time in the sun. It’s been definitively proven using data from more than 100 countries that the higher the solar UVB, the lower the incidence of 15 different types of cancer.

Sprouts are a “super” food that many overlook. In addition to their nutritional profile, sprouts are also easy to grow on their own and have a remarkable anti-cancer effect.

It is well known that commonly used household chemicals do, in fact, cause cancer, along with other serious health effects like reproductive and developmental problems in developing children. One of the best non-toxic disinfectants is plain soap and water. Another all-purpose cleaner that works great for kitchen counters, cutting boards and bathrooms is 3% hydrogen peroxide and vinegar.

4.Use natural products for beautifying.

There are thousands of chemicals in personal care products, and few have been tested for safety. Putting chemicals on your skin is actually far worse than ingesting them, because when you eat something everything must go to your liver before entering your blood stream, providing your body an opportunity to detoxify substances that could be harmful.

When you put chemicals on your skin however, they’re absorbed straight into your bloodstream without filtering of any kind, so the toxic chemicals from toiletries and beauty products are largely going into your blood, lymphatic system and then directly into your internal organs.

About 70 percent of the cookware sold in the US contains a non-stick coating that contains PFOA (perfluorooctanoic acid) and other perfluorinated compounds (PFCs), which are used to make grease-resistant food packaging and stain-resistant clothing as well. Even though there are many names, if the item in question is “non-stick” or “stain/grease resistant,” it will generally have some type of fluoride-impregnated coating that is best avoided. Research has revealed that these toxins may accumulate in your blood and potentially lead to chronic disease like cancer over time.

If you receive municipal water that is treated with chlorine or chloramines, toxic disinfection byproducts (DBPs) form when these disinfectants react with natural organic matter like decaying vegetation in the source water. Trihalomethanes (THMs), one of the most common DBPs, are Cancer Group B carcinogens, meaning they’ve been shown to cause cancer in laboratory animals. A whole-house filtration system is your best choice to remove chlorine, chloramine, ammonia, DBPs and other contaminants from all of your water sources (bath, shower and tap).

Many pesticides and herbicides are potentially carcinogenic, and you may be exposed to them when you eat conventionally grown produce and animal products. The US Environmental Protection Agency (EPA) considers 60 percent of herbicides, 90 percent of fungicides, and 30 percent of insecticides to be carcinogenic. The answer, of course, is to opt for organically grown produce and organically raised, pastured animal products, which are raised without chemicals and other potentially cancer-causing products, like rBGH (a genetically engineered growth hormone commonly found in milk).

Avoiding canned foods is perhaps your best way to avoid bisphenol-A (BPA) — an endocrine-disrupting chemical linked to cancer and reproductive and fetal development problems, among other health issues. Though BPA is a widely used component of plastic containers, it’s also found in food packaging and the inner lining of cans. Research from the Harvard School of Public Health revealed that canned foods and beverages can increase your BPA levels by a staggering 1,000 percent in a mere five days!

If you microwave your food in plastic containers, it can hasten the rate at which potentially cancer-causing chemicals can leach into your food. Additionally, microwaving creates new compounds that are not found in humans or in nature, called radiolytic compounds. We don’t yet know what these compounds are doing to your body.

Most of us eat too much protein. Consider reducing your protein levels to one gram per kilogram of lean body weight unless you are in competitive athletics or pregnant. It would be unusual for most adults to need more than 100 grams of protein and most likely need close to half that amount. 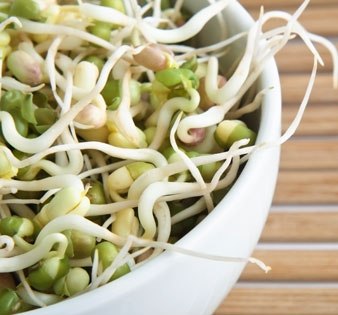