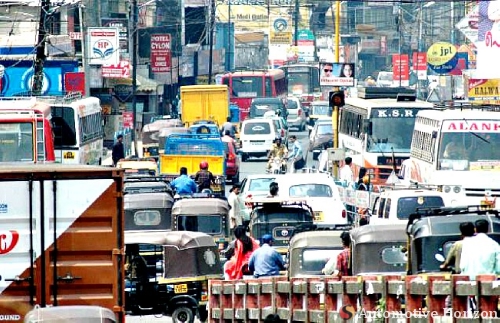 Kochi getting hotter by the effects of global warming

The climatic conditions of Kochi will get drastically affected by the effects of Global warming, increasing due to the rise in high-rises and dearth of enough green belts.

The annual average temperature of Kochi is increasing by 1% and as such in the next three decades Kochiites will feel the heat tremendously.A study report presented at the workshop on ‘Asian Cities Adapt – Impacts of Climate Change in Target Cities in India and the Philippines and Local Adaptation Strategies’ held in the city on Wednesday,states that in the coming 30 years, the projections of mean temperature rise are strong in Vishakhapatnam, Madurai and Kochi and weak in Howrah.

In four cities in India (Howrah, Madurai, Visakhapatnam and Kochi) and four cities in the Philippines (Baguio, Dagupan, San Fernando, Tuguegarao), the study was conducted.

“In the coming years, an increase in mean temperature and a moderate increase in precipitation is expected. These changes will impact Kochi and pose additional pressure on some already fragile urban systems. The urban systems that will suffer the most from the expected climate change impacts are sewerage and septage management, drainage, solid waste management, health, water supply and transport. The highest expected risks are sewerage and drainage blocking, waste management problems, water-logging, sea level rise, sea water intrusion and health issues,” says the report. “Extreme temperature variations which will result in warm days and nights and cold days and nights have also been examined. In Kochi, the nights are likely to become warmer as the cold temperature decreases,” the report said.

The number of rainy days is on the decrease annually in Kochi, Vishakhapatnam and Madurai but on the increase in Howrah. “The extreme phenomena such as low, moderate and heavy rainfall have also been examined. The heavy rainfall during 1951 to 2010 shows an increasing trend at 10 per cent, one per cent and five per cent in Vishakhapattanam, Coastal Andhra Pradesh and the homogenous zone Peninsular India respectively.

This is a strong indication of rainfall enhancement in Vishakhapattanam in the future,” according to the report. Professor Sushil Kumar Dash from the Centre for Atmospheric Sciences, IIT Delhi, who presented the report on Scientific Climate Analysis said that the local bodies have a major role to play in deciding land use pattern, which will help in preventing the effects of global warming. “The local bodies should try to protect the existing green belts and it should be judiciously decided on how much green area there should be in the city and where it should be developed. These areas should not be marred by high-rises,” he said.

Meanwhile, based on the assessments of the study, the Kochi Corporation is planning to develop an adaptation strategy and implement a number of adaptation measures to minimize the impacts.

Citizens will be encouraged to take some basic adaptation measures that will protect them as much as possible from the negative consequences of the impacts on their daily life and health. Earlier, the two-day workshop was inaugurated at a function which was presided over by Mayor Tony Chammany.