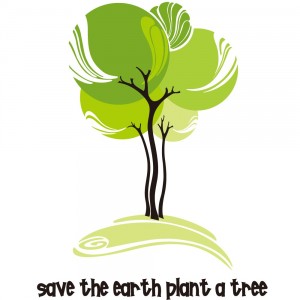 Plant a tree – Save the Earth

The world’s forests provide essential services to humanity on a vast scale. They help regulate our climate and sustain the lives of animals and birds, and some of the poorest people on this Earth. Plant a tree every week to save the Earth as we are directly responsible for our own environment. Develop new forests and save the existing ones which could also work as sanctuaries for animals and birds.

According to a climate scientist the Earth has been building up temperatures at a rate equal to the heat generated by four Hiroshima nuclear bombs every second. Humans are now emitting more carbon dioxide into the atmosphere than any other time in history of humankind.

The distributions of trees are shifting towards cool areas of Earth such as the poles or mountains, and animal species are responding to global warming by mating earlier in the year. This is not because animals are getting randier, it is because the seasons themselves are shifting. For the last 2 years, 97% scientists have been in agreement that human activity is behind warmer temperatures, and that all of the global warming has been caused by humans.

So it’s peek time we should consider the drastic situation and live accordingly for the survival of coming generations.