CHECK OUT THESE TREES??? 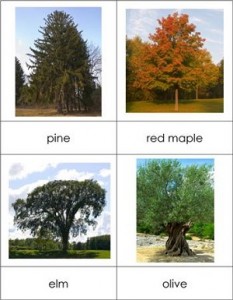 Pine trees are popular. OF late years no class of trees has been so popular with the generality of those who plant for ornament as the Pine tree (or Conifera). They are so separated in their structure from other plants as to form a Class rather than an Order, and embrace, when the name is used in its more comprehensive sense, as is now usual, several very distinct types. In past ages in the history of the globe they formed a more predominant feature in the vegetation of all latitudes than at present; and it is probable that if our knowledge of these fossil forms were more complete there would be found to have been even greater variety among them than among those that remain to us, showing them to bridge over the gap between such flowerless plants as the club-mosses, and the ordinary fruit-bearing, or angiospermous, flowering plants, more completely than we can at present demonstrate.

The red maple tree is a deciduous tree that will often grow to between forty and sixty feet tall. The crown of a red maple tree is rounded to oval in shape. In northern sates, red maple trees usually occur in low wetlands or river flood plains. In the southern states, they usually occur naturally in drier, upland areas. The leaves of a red maple tree are shiny green on top and pale green beneath. They typically have three to five lobes, and are three to six inches across. The flowers are small and red, appearing in dense clusters from late March to early April. The flowers are followed by small red fruit appearing in early summer. Red maple trees also have reddish stems and twigs.

are deciduous and semi-deciduoustrees comprising the genus Ulmus in the plant family Ulmaceae. The dozens of species are found in temperate and tropical-montane regions of North America and Eurasia, ranging southward into Indonesia. Elms are components of many kinds of natural forests. During the 19th and early 20th centuries, many species and cultivars of elms were planted as ornamental street, lawn, and park trees in Europe, North America, and parts of the Southern Hemisphere, notably Australasia. Some individual elms have reached great size and age. In recent decades, many elms of European or North American origin have died from the Dutch elm disease, a beetle-dispersed fungus; in response, horticulturists have developed various kinds of disease-resistant elm trees, allowing the genus to be increasingly used again in horticulture and landscaping.

Elm leaves are alternate, with simple, single- or, most commonly, doubly-serrate margins, usually asymmetric at the base and acuminate at the apex. The genus is hermaphroditic, having apetalousperfect flowers which are mostly wind-pollinated, although bees do visit them. The fruit is a round wind-dispersedsamara flushed with chlorophyll, facilitating photosynthesis before the leaves emerge.[1] All species are tolerant of a wide range of soils and pH

The olive tree, a universal symbol of peace has been the object of conflict in the Arab-Israeli conflict. The uprooting of the ancient olive trees, as a by product of war, has had tremendous affects on the Palestinian agriculture, economy, and identity. In Palestine, the olive tree is prized for its historical presence, its beauty, its symbolic significance, and most importantly for its economic significance. Olive trees are a major commercial crop for Palestine, and many families depend on it for their livelihood.Many products are extracted from the olive tree, these include, olives, olive oil, olive wood, and olive based soap. In fact, olive oil is the second major export item in Palestine; and Olive production contributes to about 38.2% of the fruit trees production income.

Traditionally in Palestine, harvesting the olive trees was a joyous time. However, over the past two years restrictions by the Israeli army and harassment by the settlers have made harvesting almost impossible. Today the Arab Israeli conflict has affected not only innocent human beings but also the environment. The olive tree, a universal symbol of peace has become the unfortunate casualty of war.