There are many different types of pine trees that belong to the family pinaccae. All of these trees have both male and female pinecones on the same tree. Their leaves are needle-like rather than broad. Most pine trees maintain their needles throughout cold months, even in very northern locations. The different types of pine trees can be further categorized into genus types. Some names like Fir and Cedar may be familiar while Larch may be new. Many pine trees are extremely long lived and there are some that are over 1000 years old in parts of North America. 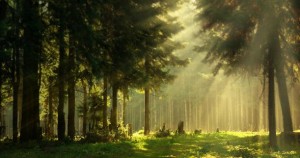 Fir trees are commonly used as Christmas trees in the United States. Examples include the Balsam Fir, Fraser Fir and Douglas fir. Fir trees tend to have flat, soft needles and strong aromas.

Cedar wood is very fragrant and was once used to deter month and bugs from closets and drawers in homes. Two examples of cedar pines are deodora and eastern red.

There are about eleven different types of larch trees. The most common name used is tamarack.

Spruce pine trees have smaller needles than some of the other types. Most varieties have needles less than one inch long. Examples include Norway, blue and white spruce.

Pine trees in this group are native around the world. Stiffer branches and needles than the cedar and fir varieties characterize these types of trees. The Scotch pine is the most common Christmas tree in the United States as it lasts for a long time and keeps its needles even after being cut. Other types include the white pine and ponderosa pine. The ponderosa actually is the tallest tree in the world while the oldest (4000 years) is a bristlecone pine.

As you can see, pine trees have a wide variety of shapes, sizes and coloring according to the type of tree.