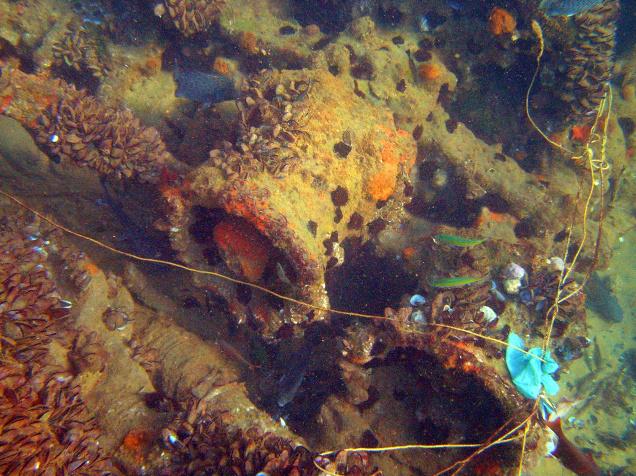 Remnants of 19th century sea pier have been discovered by marine research team a few metres underwater near the Valiathura sea pier, Thiruvananthapuram.

The team estimates the pier to be built in 1825 and got destroyed when a steamer crashed into it in 1947. The team was led by marine researcher Robert Panipilla, his UK based researcher-friend Paul Culvert , and his team from the Valiathura-based ‘Friends of Marine Life’ forum. The forum had been documenting the history of Valiathura for eight years. But it was only recently that Mr. Panipilla and Mr. Culvert went underwater near the existing pier, built in 1956 and obtained proof of the old pier’s remains.