Although all these ice bucket revolution is heading all over, we are picturing of something more benefit added in to mother earth. Plant a sapling and challenge others to do so, use the bucket of water for providing life to what you rooted. We can undoubtedly make this a green movement. Support and pass on the word.” MY TREE CHALLENGE (MTC)”.

The My Tree Challenge is an activity including planting a sapling and challenging others to do so. The challenge, which was inspired by the Ice Bucket Challenge, was presented in Kerala to enhance the maintenance of Mother Nature

My Tree Challenge was launched by Padma Shri Dr. Mammootty, an award winning Indian film actor along with Abdul Manaf, CEO of Easysoft Technologies, and Imthias Kadeer, a travel photographer who also started off the campaign, Shades of Life, an undertaking to encourage afforestation. 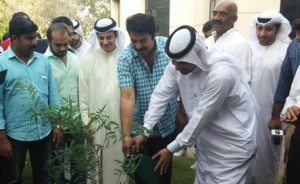 The campaign was brought out on 30 August 2014 by Mammootty by planting a tamarind tree in the premises of Grand Hyatt Hotel, Dubai and challenged Bollywood actor Shah Rukh Khan and Tamil actors Vijay and Suriya to plant a sapling and challenge others .It has gone around the world by agreeing to this challenge, by Mayor Stuart Slade, Glenorchy City Council, an island city in Australia. He has also challenged the mayors of Melbourne, New York, Paris and London to plant trees.

”As you all know ‘ALS Ice Bucket Challenge’ is being viral online and offline media. I proudly kick-start a novel concept called ‘My Tree Challenge’. I request all my friends from the Malayalam film industry and all Facebook friends to join in for the good cause and make this world a greener place to live in. I challenge Shah Rukh Khan from Bollywood, Vijay and Surya from Tamil Film Industry to plant a sapling and join this Eco revolution,” Mammootty posted on his Facebook page.

A snapshot of Suriya planting a coconut tree has gone popular while Vijay has assured to plant 25,000 saplings. Suriya has chosen Bollywood star Aamir Khan, Telegu star Mahesh Babu and Kannada actor Sudeep to take up the challenge. 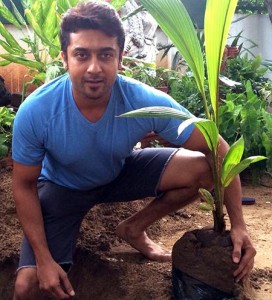 My Tree Challenge’ started off by environmentalists Abdul Manaf and Imthias Kadeer, was intended to boost capital for patients with amyotrophic lateral sclerosis also known as Lou Gehrig’s Disease and motor neurone disease.

Fahad Fazil, celebrity couples Aashiq Abu and Rima Kallingal, Ranjith Sankar, Nivin Pauly and Vineeth Srinivasan are amongst those from the Malayalam film industry who have planted saplings as part of the My Tree Challenge effort. “Now this challenge makes so much more sense for us,” well-known star Rima Kallingal put up on her social networking site. 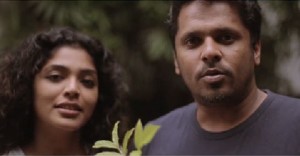 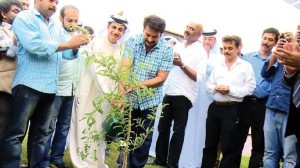 Plant a sapling and challenge others to do so, we can surely make this an green revolution. Support and spread the word, MY TREE CHALLENGE (MTC).