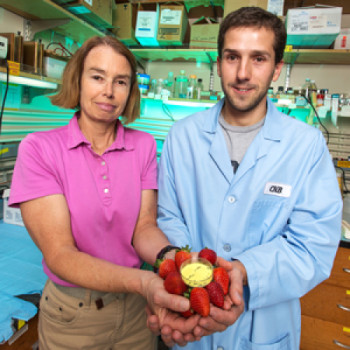 Scientists at the Salk Institute for Biological Studies have discovered that a chemical that is found in fruits and vegetables from strawberries to cucumbers appears to stop memory loss that accompanies Alzheimer’s disease in mice.In experiments on mice that normally develop Alzheimer’s symptoms less than a year after birth, a daily dose of the compound — a flavonol called fisetin — prevented the progressive memory and learning impairments. The drug, however, did not alter the formation of amyloid plaques in the brain, accumulations of proteins which are commonly blamed for Alzheimer’s disease.