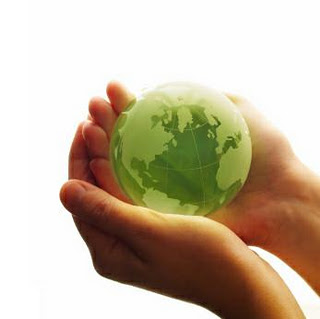 Protection of the environment in all its forms has been receiving much public attention at domestic and international forums. The question is by no means new but it has acquired much greater urgency than ever before because of the ceaseless pollution of the atmosphere, the reckless destruction of the multi-faceted gifts of Nature by thoughtless human beings. Among the offenders are people who are, or should be, aware of the folly of their deeds and the irreparable damage they are doing to the safety and prosperity of mankind, the present and the future generations. Hence the environmentalists’ clarion calls. Human existence depends upon the environment. Few persons would now question the statement that we have been poisoning or destroying valuable resources on earth (including water) and also in the air—all in the name of economic development. In fact, development, expansion and growth are the key slogans in the modern world; nothing else seems to matter. Senseless poisoning is proceeding with unbelievable speed. While genocide rightly receives severe condemnation, ‘‘ecoside’’—ruthless murder of the environment—has only recently become a cognisable offence.

After all, it is the biosphere, that is, the air and water encasing the earth, besides the green cover and the wildlife, that sustain life on this planet. In chemical terms, it is the mixture and fine balance of oxygen, nitrogen, carbon dioxide and water vapour that is vital for life. These are operated and maintained by multiple biological processes. For centuries man took for granted that the bounties of Nature were inexhaustible and that the resources get renewed automatically. Both these assumptions have lately been proved wrong. The struggle now is for adequate renewal of such resources as man has to use every day, and also for preservation and protection of as many resources as possible. Attempts are being made to check the reckless destruction of precious environment. Scientists have warned that mankind might have to return to the much-dreaded ‘‘ice age’’ if the reckless destruction of trees, other greenery and natural resources continues at the pace associated with ‘‘modern’’ progress, especially in industry.

A look-back in this regard would be helpful. Oddly enough, it was only in 1972 that the first systematic international effort was made to take stock of the situation and plan adequate steps to counter the process of destruction. The step was the UN Conference on Environment held in Sweden. The conference was poorly attended, for political and other reasons. Then came the UN Habitat Conference on Human Settlements in 1975 in Vancouver and the UN Desertification Conference in Nairobi in 1977 to check the ruinous growth of deserts. But in many ways the year 1990 marked a specific advance in the programmes for saving mankind from disaster. The occasion marked recognition of the basic fact that the environmentalists are fighting for the concept of sustainable progress with the belief that environment and development are not opposite poles. In this connection, the observation of the Brundtland Commission (in its report published in 1987) was recalled. The commission said: ‘‘Economy is not just about the production of wealth, and ecology is not just about the protection of Nature; they are both equally relevant for improving the lot of mankind.’’